In 2017, we raised funds through our non-profit to purchase land in the fertile mountains of Virginia to create the Wild + Free Farm Village.

The Wild + Free Farm Village is a place where the stars shine a bit brighter, the trails lead you to another place in time, and the mountain views take your breath away. We can't wait for you to come and experience it! 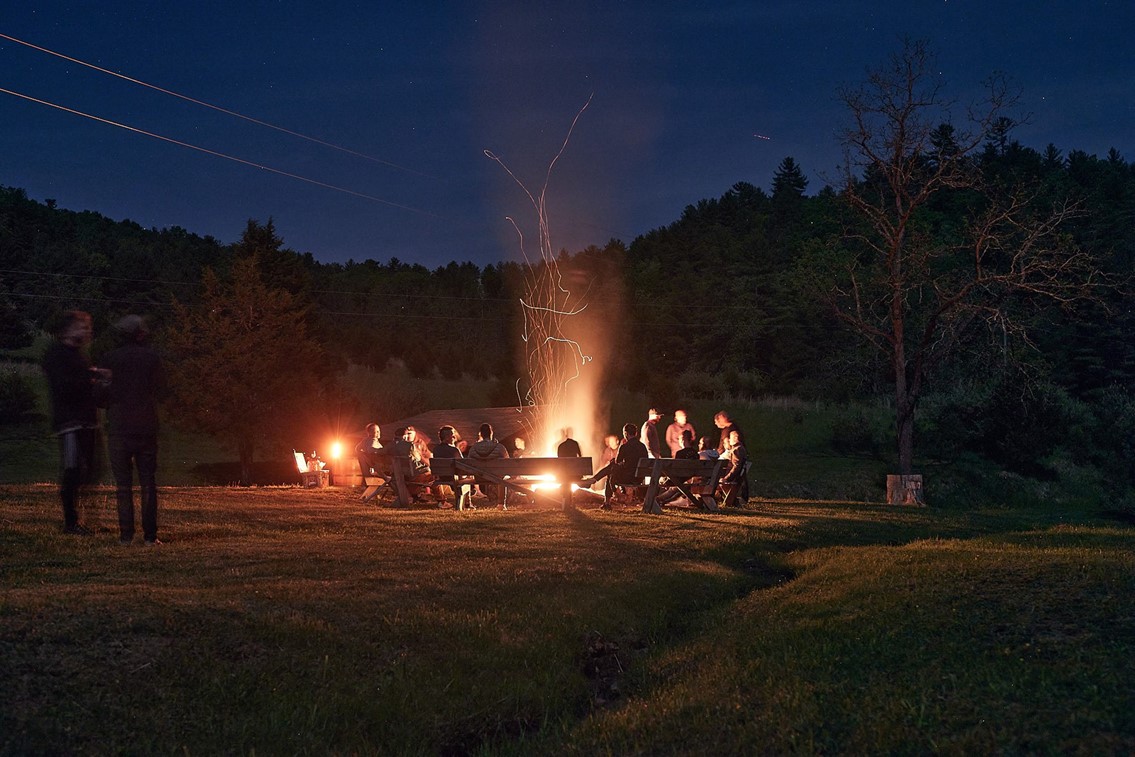 The Story of the Farm Village

After an initial attempt to purchase raw land in Madison County, VA fell through, we took some time to regroup and figure out what to do...

In May 2018, we were sitting in bed on a Saturday morning, drinking coffee, talking about the Farm Village, when we decided to scan properties on Zillow. We refreshed the webpage and suddenly a new listing appeared.

It was a fully-operational retreat center nestled in the shadow of the Allegheny Mountains, complete with a lodge, ropes course, multiple cabins, a dorm with 90 bunks, and access to thousands of acres in the adjoining George Washington National Forest. In other words, the perfect place.

The trouble was - it was listed at several million dollars, and we had raised only a few hundred thousand. Still, out of curiosity, we called the real estate agent to schedule a tour. As it turns out, she had just listed it that morning.

It was a remarkable property with 197 acres, mountain streams, a zip-line and ropes course, a commercial kitchen and dining hall. There was an ideal spot for an event barn and a lake where two springs come together.

We spent several weekends exploring the land and months getting to know the current owner, a wonderful man who loved what we were doing.

But we knew we had to accept the truth - we just couldn't afford it. It was time to release the idea and move on, if only in action and not heart.

It would require a long talk over coffee to tell you about all the things that transpired over the next year and a half. But to give you the short version:

In a miraculous turn of events, the previous owner offered to sell us the camp property with 197 acres for the amount we had raised. We signed the contract in May 2019 and took possession in August 2019.

A Place to Run Wild + Free

The Farm Village is a place where mamas can come to be nourished; teens can come to spread their wings; children can learn about nature at forest schools, and families can make unforgettable memories together: 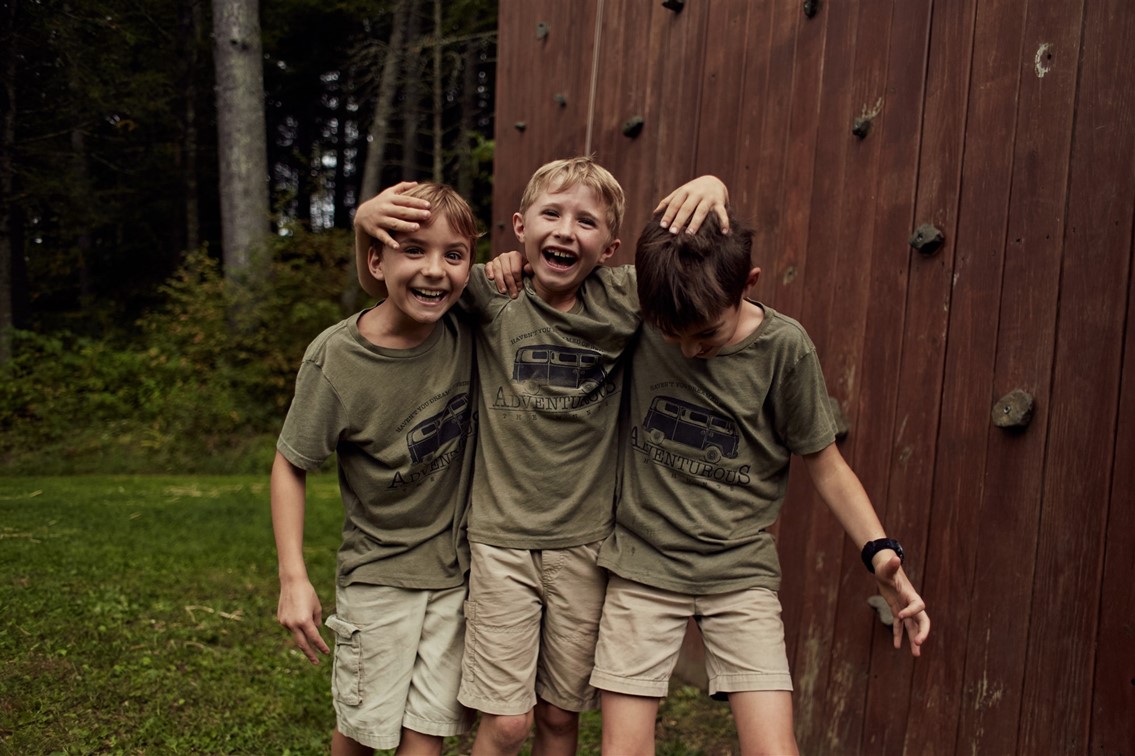 A Place For All of Us

We're currently hosting retreats at the property (as it is) for the Wild + Free community. But our long-term plans include refurbishing the existing buildings and adding a lake, a welcome center, and an event barn.

Here are the next few projects we plan to undertake, as we're able:

The Farm Village is owned by a 501(c)3 organization, which allows us to receive charitable donations. This vision was made possible by generous donors like you, and the future will be shaped by them as well.

Our First Project: The Lodge

The lodge looks impressive as it stands, but it's not suitable for family retreats because the rooms are outfitted with bunk beds, and the building hasn't been updated in decades.

We've hosted quite a few work weekends to paint, clean, and fix-up the place, but it needs a major renovation.

We have a vision to refurbish the main building with private family suites and an expanded foyer with vaulted ceiling to be a true mountain lodge.

A renovated lodge will allow us to host multiple families together and create a destination that's suitable for the Wild + Free community. 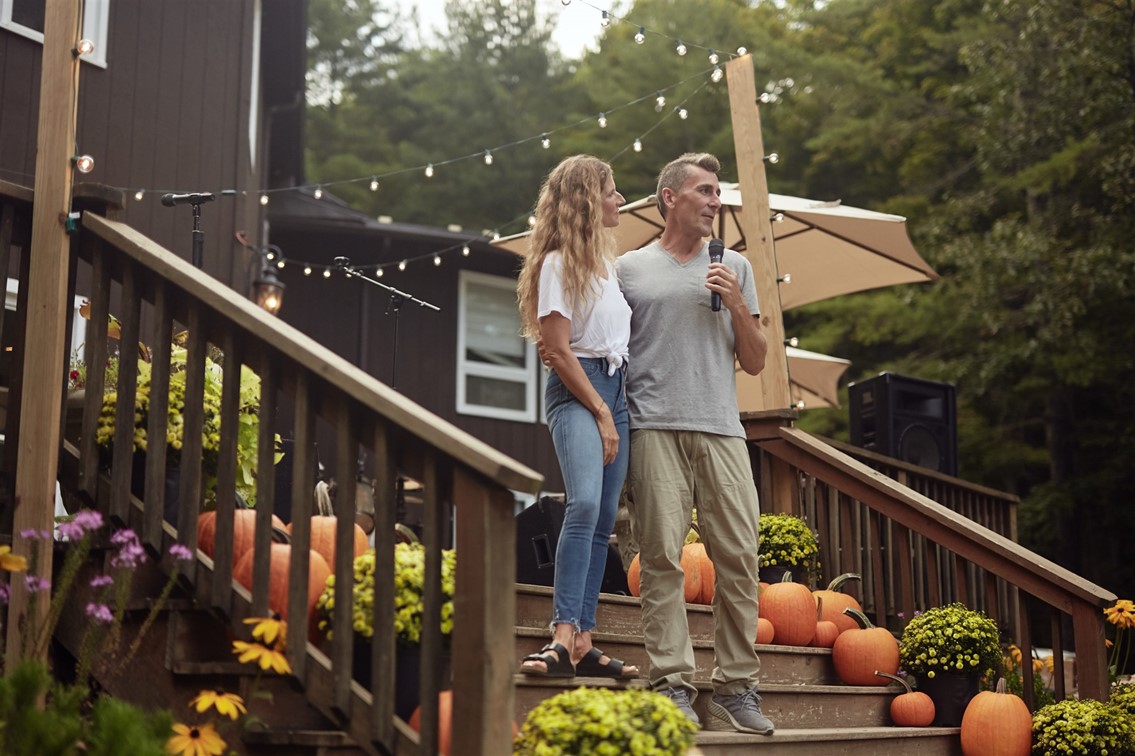 A Note From the Arments

Watching the Farm Village come to life was the most incredible part of this past year. The story of how it happened is nothing short of a miracle.

But we don't believe it ends there.
We know the best is yet to come.

The potential for this place is only limited by what we dare to dream. In fact, we have a vision for creating Wild + Free Farm Villages all over the world.

Those of you who helped make this possible are the early pioneers, the founders of this movement, and we couldn't have done it without you.

Now we're getting ready to undertake the biggest challenge of our lives.

Refurbishing the lodge and building the event barn and welcome center will cost millions of dollars. But we've already faced that obstacle before. We've learned that nothing can stop this community of Wild + Free families!

The question is whether you'll step into the greatest role of your life and become a founding family with us to build the Wild + Free Farm Village.

One day, we'll all be sitting on the front porch of the lodge, watching our grown children playing with their children in the fields and creeks, and we will know that the sacrifices we made to bring this to life were worth it.

To make a tax-deductible donation or recurring contribution, click here.

If you would like to mail a donation, ask other questions, send notes, or help in any other way, please email us. We'd love to hear from you.

Sign up below to get email updates in your inbox. (We'll share a little gift with you when you do.)

By submitting your information above, you agree to our terms and conditions and privacy policy and are willing to receive an email from Wild + Free at the email address listed which will include the content that is being offered.